Jet2Holidays and NT Incoming are set to bring an additional 37,000 British tourists to the Costa Brava and Costa de Barcelona 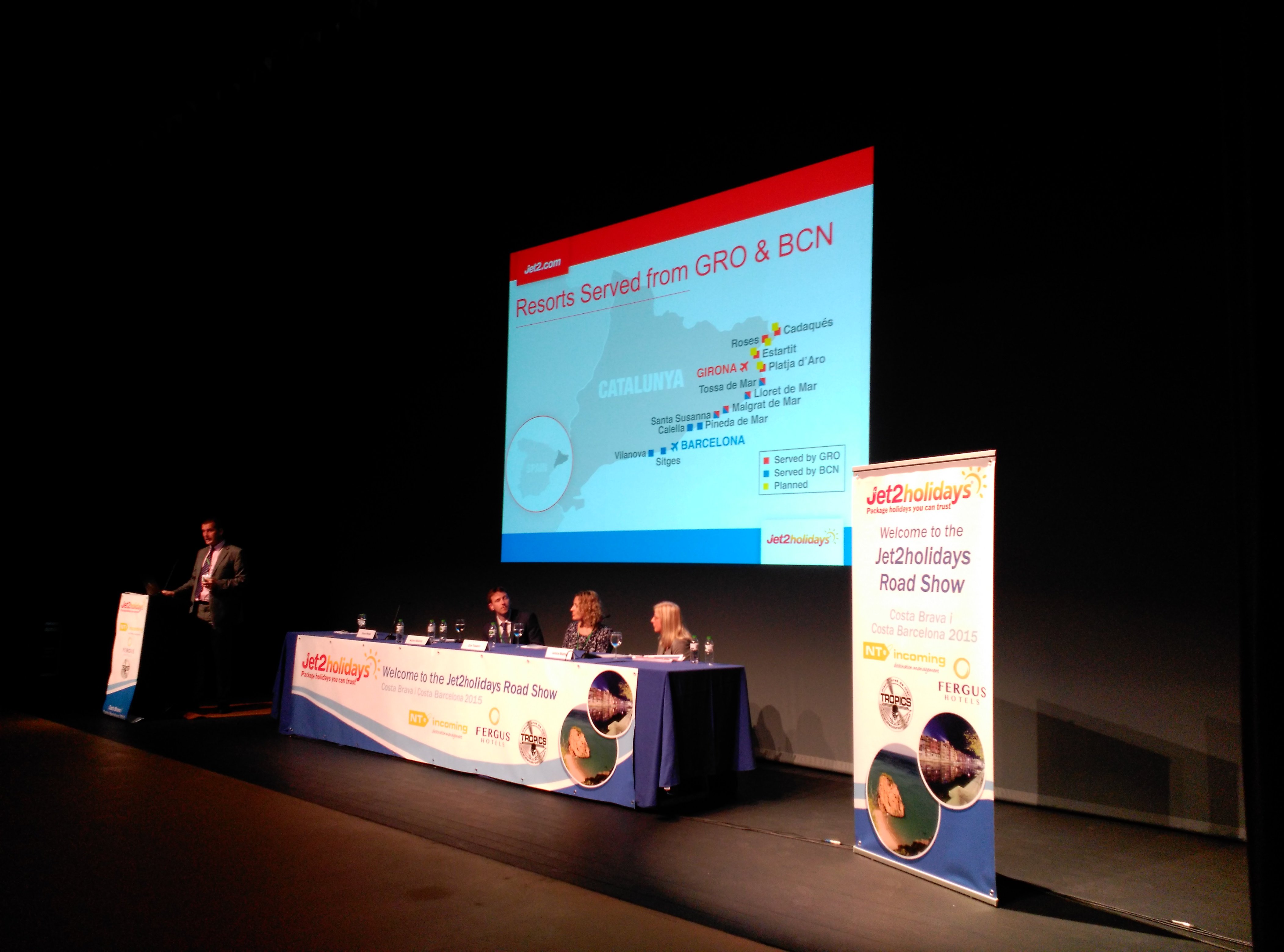 More British tourists for next year. Jet2Holidays and NT Incoming will be bringing in six flights per week to Girona Airport between May and September 2016. Two flights each will be arriving from Glasgow (Scotland), Newcastle and Manchester (England). These new routes are expected to fly in 37,000 additional tourists to the area, all travelling on the tour operator’s planes. Meanwhile, the incoming travel agency, based in Santa Susanna, will accommodate these guests in hotels on the Costa Brava and Costa de Barcelona.

Steven Heapy, CEO of Jet2holidays, attributes the decision to launch these new routes to “Catalan hospitality and high quality services”. Heapy also points out that the depreciation of the euro against the pound makes the Costa Brava and the Costa de Barcelona “a competitive destination for English and Scottish tourists looking for beach holidays”. Joan Pascual, CEO of NT Incoming, accredits “the recovery” of this tourism to the fact that “the UK remains the second most important outgoing tourism market in Europe and one of the largest the world”. Pascual is confident that “the six new weekly flights which will start arriving in May 2016 will contribute to meeting the demand for more travellers to Girona Airport and that of more guests for the hotel sector”.

These tourists will be staying in establishments in Alt Maresme (Calella, Pineda, Malgrat de Mar and Santa Susanna), Selva (Lloret de Mar and Tossa de Mar), Baix Empordà (Platja d’Aro and L’Estartit), Alt Empordà (Roses) and Girona, the main attraction being the Catalan climate and beaches. They will be mainly families and, to a lesser extent, groups of young people. In addition to the beach, their interests will include Barcelona Football Club, visits to the city of Barcelona, water parks, eating out and nightlife. They will spend approximately one week on the Costa Brava and Costa de Barcelona, staying in three and four-star hotels and spending around 120 euros per day and person.

Meeting attended by over 150 tourism organisations and companies

Jet2holidays and NT Incoming have laid out their forecasts at a meeting bringing together the CEOs of the two companies with over 150 hotel and tourism professionals. The event took place at the Municipal Theatre of Lloret de Mar, one of the most important tourist destinations on the Costa Brava, and one of the most interested in attracting more tourists from the United Kingdom. It was also attended by sponsor companies and entities (Fergus, Burger King, KFC, Pujol, Costa Brava Girona Tourist Board) and partner organisations (Girona Airport, Catalan Tourism Agency, Marketing and Services Management of the Counties of Girona, Chamber of Commerce, Girona Provincial Council and UK & Ireland Tourism Promotion).